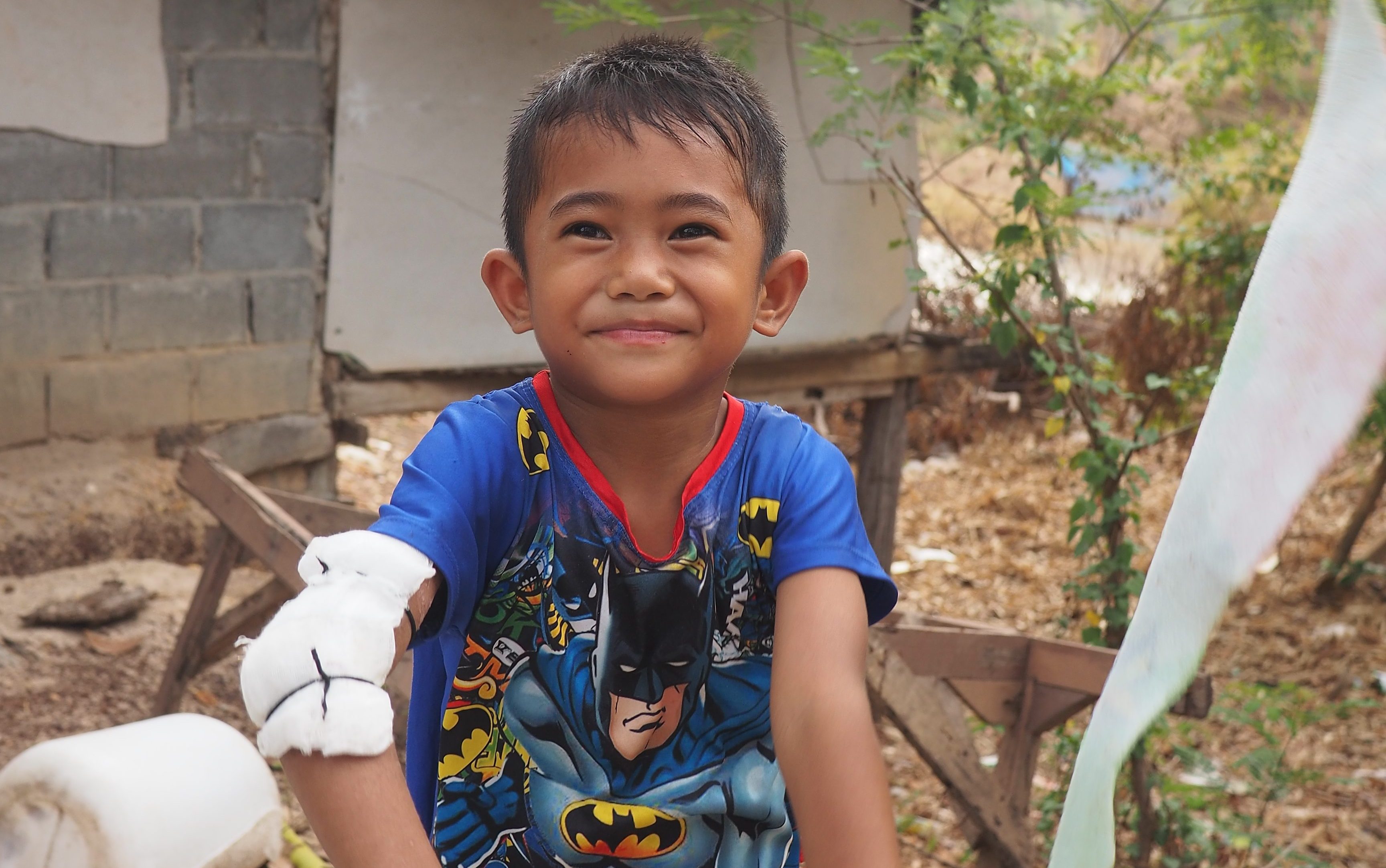 The Health & Share Foundation has documented 250 stateless immigrants in Thailand. It is an outcome, but is it impact? [Photo: North-East Family Office]

Klik her for at læse denne klumme på dansk

A few weeks ago, our  philanthropy teams from Singapore and Denmark convened for  a one-and-a-half-day think-tank in the Meatpacking District in Copenhagen.

We celebrated the annual event by putting one of our major, joint tasks, Impact Measurement, Management & Learning – IMML, on the agenda for an appropriate four hours.

Not only do all the three foundations, that we help our founding families run, have IMML on the programme, but we, in North-East Family Office, have begun developing a common measurement framework straddling both philanthropy and investments.

We are, as it were, preoccupied with measuring,  in both breadth and depth, how the allocation of  the capital we manage affects the world around us.

With a room full of self-proclaimed philanthropy nerds, we threw ourselves energetically into the IMML discussions, only to experience, about 15 minutes into the process, a bit of a collective “the emperor’s new clothes” kind of moment.

Because, as one of my colleagues rightly asked, why build a measurement framework focused on impact when, by definition, it is beyond the control of us and our partners?

We probably all know the sequencing of input – output – outcome – impact, where you as a funder or investor have a decreasing degree of control the further you get towards impact.

Input is fully within our sphere of control (capital, in-kind support, etc.), output to a slightly lesser degree (here you depend  on the implementing partner), outcome to  an even lesser extent (participants’ benefit from the effort, which is influenced by both internal and external factors) and impact not at all (here  the social experiment that is the surrounding society really comes into play).

If the measurement frameworks of today  are called Impact measurements, it is because all of us concerned with this agenda want to influence the world in a positive direction. Also in the very long run.

Just as there is a linear axis describing decreasing control from input towards impact, there is also a chronological axis extending from the present, at the moment of financing, to the, in many cases, very distant future.

Let’s take an example from a partnership under the Algot Enevoldsen Foundation, aimed at ensuring access to health services for stateless and undocumented migrant communities along the Thai border with Laos.

A few months ago, our Thai partner, Health & Share Foundation, managed to secure documentation for 250 previously undocumented and stateless people in the area in one single day! It is a material outcome after input (funding and strategic sparring since 2020) and output (training and mobilization of the villagers, consultations with and advocacy aimed at the local authorities over two years).

But the actual impact can only really be measured through lives lived, and depends, for one, on how and if the 250 recently documented use their new access to public health care (largely beyond our control).

It would be incredibly cumbersome, costly and time consuming to build and use such a measuring frame. And what benefit would it bring?

When the impact data would be ready, the key people driving the effort would long since have retired (at best), and hopefully the local authorities would have taken on the task of ensuring documentation for everyone.

As such, there’s a very slim chance that  such an impact measurement framework would generate learning that could be used to adapt the program design in a timely and relevant manner.

When we talk about impact in an investment context, the GIIN, IMP and other authorities in the field agree that it is crucial that there is intentionality behind the allocation of capital, that there is additionality and that the impact measured can be attributed to the initial financing.

In short, the funding must be targeted at a specific  problem, the specific intervention to address the problem would not have taken place without the funding, and the long-term results – the impact – must be directly attributed to the funded intervention.

While intentionality is fully within our control, already additionality becomes slightly counterfactual as a criteria.

How do we know if the intervention/investment would have happened without us?

It becomes even more difficult to demonstrate the direct causality between impact and intervention/investment, because no living organism is isolated from its ecosystem and no man is an island.

We do not measure social impact in a laboratory, and thus impact measurement, against this high bar, is perhaps today’s version of a KPI mirage.

To make matters worse, many of the impact measurement frameworks, that we rely on today, are actually more outcome or even output than impact indicators.

Let’s use IRIS+, which is prevailing as a preferred standard, as an example.

Where would indicators such as anti-discrimination policy, number of women on boards or number of square metres replanted with trees fall on the scale from input to impact?

This may sound like quibbling, but the distinction between outcome and impact is important these days, as investors increasingly divert their portfolios towards ESG, thematic and impact investments.

According to the International Finance Corporation, IFC, $2.3 trillion was  placed in impact investments globally in 2020.

Observers, among others Martin Rich from Future-Fit, refer to that number as “bullshit” because the vast majority of funds do not meet the high requirements used to define an impact investment.

Green- and impactwashing is awash, and the concept of impact investment has now been so diluted that the Indonesian G20 presidency, in preparation for the summit in mid-November, has introduced a new category impact-first impact investment.

But what would happen if we focused on outcome instead of impact?

If we were more concerned with the outcome and the expected positive contribution to society on that basis?

If we insisted on measuring in ways that created value along the way for our partners, because data and learning were generated in time and from parameters that were closer to their and our spheres of control?

I am not suggesting that we lower the level of ambition or intentionality behind our allocation of resources. But how far can we get with a common impact vision paired with a solid theory of change and a measurement framework with outcome as its final destination?

How many resources would it free up for us and our partners for working with communities rather than measuring, and how much more value would the results of our measurements bring in terms of learning and adaptation along the way?

In our philanthropy team, we haven’t found our answer yet, but instead a wide range of questions (including for whom do we measure, why and when? ).

But I can reveal that our next discussion will be titled Outcome Management, Measurement & Learning.

Thank you for reading Impact Insider. As a social entrepreneur or investor, you know that quality is not free. We depend on subscribers paying for our journalism. So, if you think it’s worth having an independent specialty media that constantly hunts for the best and most effective solutions to societal problems, you can subscribe here.