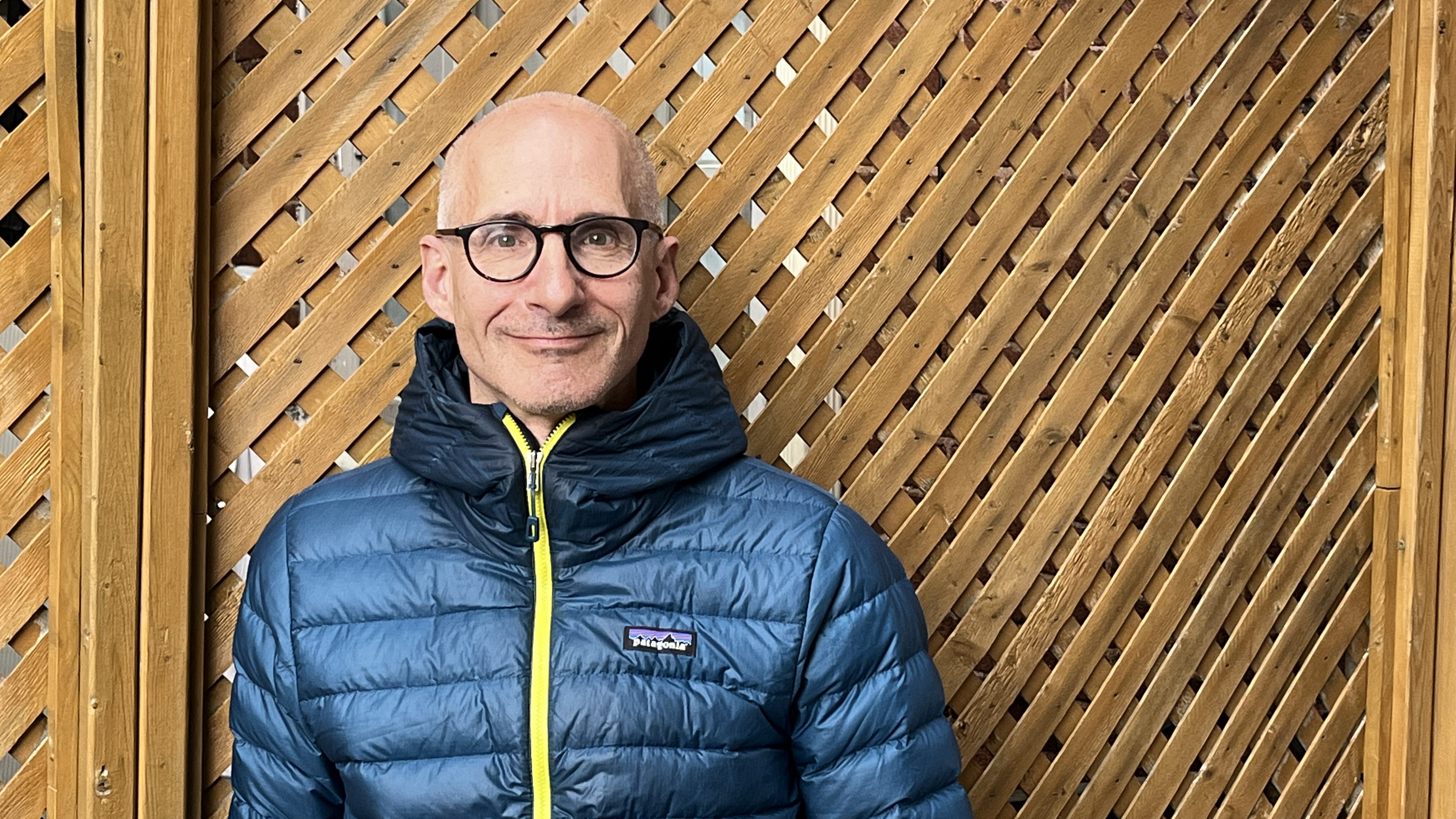 Paul Klein did a thorough market analysis and chose a winter jacket from Patagonia. The company convinced him it takes genuine care of the planet and its inhabitants. [Photo: Paul Klein]

From CSR to lasting change – a series in seven episodes

This interview with Paul Klein is the first chapter in our series on how corporations can create real and lasting social change through your CSR efforts.

The series is based on the book “Change for Good – An Action-Oriented Approach for Businesses to Benefit from Solving the World’s Most Urgent Social Problems” by Paul Klein.

The series consists of the following articles:

1. Paul Klein has a message for corporations: Drop CSR Lite and make lasting change
2. So you want to create real social change? Here are 9 good questions to begin with
3. The Impakt Model – this is how you use it
4. Here are the 7 building blocks of Change for Good
5. This is how you get the employees involved
6. Map the risk of social change
7. 7 steps when you want to go from talk to action

Paul Klein needed a new winter jacket. He made a thorough market analysis. And finally, he had narrowed the choice down to two brands: the sustainable Canadian brand MEC and Patagonia.This made an impression on Paul.

On the latter’s website, he was greeted by this message: “Everything you buy affects our planet. Buy less. Buy used. And buy from companies that take care of people and the planet.”

“It seems incredibly powerful when a company like Patagonia says that you should carefully consider whether you need a new jacket before you buy one from them,” he says.

The message does not appear to be in Patagonia’s self-interest. But in reality, it is an expression of good business sense, says Paul.

“They stand out from the crowd and appear as responsible leaders you can trust,” he says.

According to Paul, all companies ought to display that sort of leadership.

Paul Klein is the author of the book “Change for Good” and has worked with CSR for more than 30 years.

Among his clients are 3M, Starbucks, McCain Foods, Nestlé, Petro-Canada and The Home Depot.

In 2001, he founded the company Impakt, which helps companies to benefit from solving social problems.

He is also the founder of the Impakt Foundation for Social Change, which helps newcomers to Canada enter the labor market, as well as the social enterprise HireUp, which helps young people find work.

CSR Lite as far as the eye can see

However, it is not bravery that catches his eye when he looks around the corporate landscape in which he moves.

On the contrary, he sees what he calls CSR Lite in his book “Change for Good”. As far as the eye can see.

CSR Lite is when companies want to be perceived as socially responsible – without doing what is required.

That is, they pay their taxes, comply with the law, donate a little to the local sports club and publish an annual CSR report. And that’s about it.

“We see CSR Lite all the time. Companies that do as little as possible and at the same time want to be perceived as doing everything they can. It is a performative check the box activity from companies that recognize that the demands from their surroundings that they do something, but do not want to commit themselves,” says Paul.

He mentions Apple and Amazon as two of the giants that excel in CSR Lite. Amazon boasts of having created 400,000 jobs in just one year, but underpays its employees and discriminates against Latinos and blacks.

And during the COVID-19 crisis, Apple designed masks for healthcare workers and a handwashing app. But despite an exorbitant increase in profits during the crisis, the company does nothing to help people who have been hit hard by the pandemic.

Times have changed – change with them

That sort of behavior was good enough back in the days, when the Friedman doctrine prevailed and companies were only meant to generate profits for shareholders.

It was a time when you could get away with frivolous CSR activities that did not fundamentally touch the core business.

But times have changed, says Paul.

The answer to that is not CSR Lite. Because that doesn’t create much other than communication, points out Paul.

“CSR Lite creates very little value. There is a demand for social and environmental change. So, by only doing what is absolutely necessary, companies are doing themselves a disservice. It is simply the wrong strategy,” he says.

Not enough to change the packaging

The answer to the question of the time is, according to Paul, “Change for Good”.

In a corporate context, Paul mentions the food manufacturer Nestlé.

“It is absolutely good that a company like Nestlé improves the packaging of its products so that it becomes more environmentally friendly. There is only good things to say about that. But what about the contents of the packages?” asks Paul and continues:

“That has not changed, and Nestlé’s products still contribute to child obesity and the rise in diabetes.”

That approach is no longer tenable, Paul believes.

“If you want to continue to have a profitable business, you have to make business and social change indivisible.”

Lego is a fantastic example

Should all companies then be transformed into social aid organisations, is a question that Paul often encounters.

And no, is his answer. It is neither desirable nor necessary.

But there is a space of opportunity where business and change go beautifully hand in hand.

Patagonia from the beginning of the article is an obvious example. The activist ice cream men in Ben & Jerry’s another. And the Danish toy maker, Lego, is a third exemplary global company that Paul highlights.

“When Lego uses its bricks, which are already almost inexhaustible, to teach visually impaired children Braille, it is a fantastic example of corporate leadership,” says Paul.

The question you always have to ask yourself, he says, is whether a company’s initiative is a programme or pure promotion.

“Mostly it is promotion. But what Lego does in this field is programmatic,” says Paul Klein.

We have long since passed the point where it makes sense to discuss whether CSR is good for business, notes Paul.

In the research for his book, he combed through “countless studies that emphasize the business value of social change,” as he writes.

For the skeptics, he nevertheless refers to a series of studies which are generally accepted in CSR circles. But he also writes that the conclusion that companies can benefit social change, just as social change can benefit companies, is now so well substantiated that it should not be necessary to resubstantiate it.

Why is it, then, that Paul Klein sees so few lighthouses when he scouts the countryside?

The answer is twofold. The first part is that many corporations consider it a risky field to move into. After all, they are not agents of social change.

“They know very well that they can’t not be in this field. But doing too much feels too risky. So, if they can just be content with behaving a little more responsibly, it feels more secure,” he says.

The second part of the answer is that it is not an easy transition for the companies.

“This is not easy, but it is not easy to run a business in general,” says Paul.

He advises companies to start small with a pilot project that is rooted in the core of the business and then scale up from there. And then he calls for corporate courage.

“Be practically oriented, but make a commitment. Set bold and ambitious long-term goals for what you want to change in the world. All of us are genuinely looking for and want to support companies that act instead of just talking,” says Paul Klein.