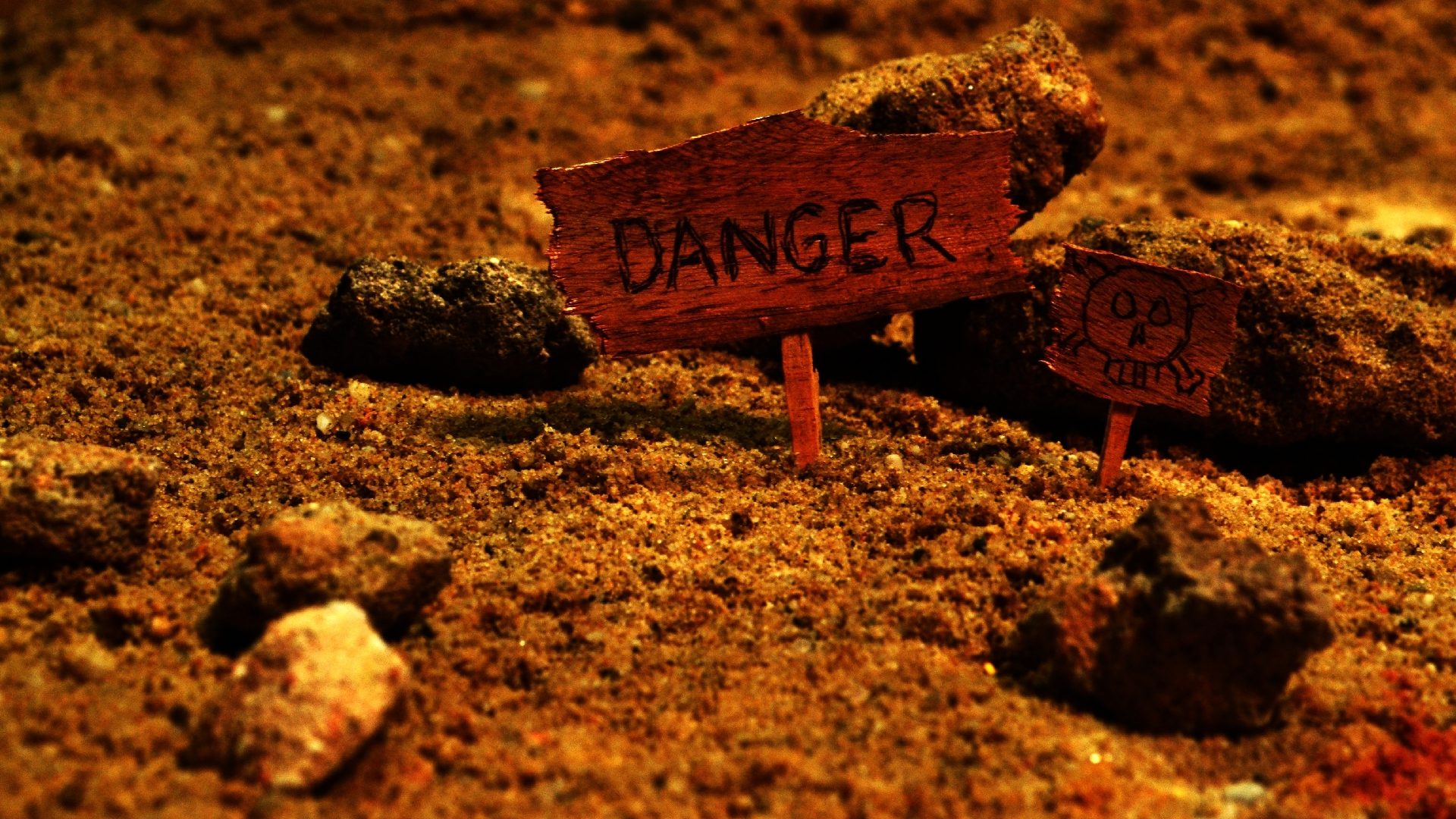 Corporations often see it as very risky to take a sharp social position. But how big is the risk actually and where does it lie? [Photo: JumpStory]

From CSR to lasting change – a series in 7 episodes

This is the sixth chapter in our series on how corporations can create real and lasting social change through your CSR efforts.

The series is based on the book “Change for Good – An Action-Oriented Approach for Businesses to Benefit from Solving the World’s Most Urgent Social Problems” by Paul Klein.

The series consists of the following articles:

1. Paul Klein has a message for corporations: Drop CSR Lite and make lasting change
2. So you want to create real social change? Here are 9 good questions to begin with
3. The Impakt Model: How to find your way to create change for good
4. The building blocks of change – 7 principles of Change for Good
5. Good CSR starts with your employees. Here’s how to involve them
6. Will a strong CSR profile damage your reputation? Check your risk here
7. Wanna make change for good? This is how you do it

There are the good companies and there are bad companies. And then there are those in between. The latter are by far the majority. And they have enormous potential to create social change.

Admittedly, it’s a slightly polarizing introduction to the article. But it is not completely untrue.

If you look at Grow Ensemble’s annual list of the ten most socially responsible companies in the world, year after year you find companies such as Patagonia, TOMS Shoes, Warby Parker, Dr.  Bronner’s and Ben & Jerry’s.

And at the opposite end of the spectrum of corporate responsibility,  habitual offenders such as Amazon, Facebook, Uber and Apple dominate the top of Slate’s Evil List.

These are the extremes and those that are most top of mind when one considers the role of business in society for better or worse.  But ways in which the vast majority of companies act is somewhere in between the two positions, says the Canadian expert in business and social change, Paul Klein.

Most companies regularly do things that benefit the world, but at the same time they engage in irresponsible and perhaps even harmful activities. However, by embedding social responsibility throughout their operations, they can improve their impact significantly: for the benefit of the world and themselves.

Helping to solve social problems can be seen as a risk

The business case is clear and distinct, argues Paul Klein. In his book “Change for Good”, he describes how he has read countless studies that substantiate the value of contributing to solve social problems.

In spite of an abundance of compelling evidence of the value of social change for businesses, most companies do only the bare minimum needed to be seen as ‘responsible’ says Paul Klein. His view is that companies perceive it as risky to stick your nose out and say out loud that you are working to create social change. For most, it’s less risky to practice what Paul Klein calls “CSR lite” – saying that you are doing things to make the world a better place – without actually doing too much.

“Positioning yourself as a leader with a social purpose will attract attention. And this is something that companies usually consider good and image enhancing. But instead, many business leaders see it as a potential reputational risk,” says Paul Klein.

Don’t let fear get the better of you

There are three specific reasons why companies perceive it as risky to take action bold enough to actually help solve social problems.

As a result, Klein believes that most companies prefer to keep practicing CSR lite and keep a low (social) profile. However, this does not mean freeing themselves from risk, he emphasizes. And at the same time, they are likely to miss out on the many business opportunities that come with taking social responsibility.

Paul Klein’s call is for businesses to take action, but at the same time make a realistic assessment of the risk that follows. Ten questions recur when he talks to business leaders about how to manage the risk that comes with moving from lightweight CSR to creating lasting social change.

You get the ten questions here.

1. Are you prepared to create meaningful social change, or do you prefer less substantive activities such as donating to charity?

If the last half of the question suits you best, you belong in the CSR Lite category. This is where we find companies that claim to be socially responsible, but whose only contribution to social change is through donations to charities. That approach rarely creates value for the business or lasting social change.

2. Does your leadership make decisions about CSR based on their own experiences and interests, or do you involve employees, customers and the rest of the world?

For years, the interests of companies have been a mirror of the interests of top managers. The causes the top manager got involved in, the company got involved in. This has led to large donations to causes that have nothing to do with the company’s core business. Pay attention to this if you want to maintain the trust of shareholders and employees.

3. Do you undertake CSR activities for the sole purpose of securing more favorable business outcomes?

Be careful when you hear the term “social license to operate”. It typically covers an attempt to buy goodwill that can be used to protect the company’s interests – as, for example, when companies in the extractive industry support local communities in areas where they would like to extract natural resources.

CSR reports are also regularly used to send positive messages to legislators and investors in order to gain benefits. This strategy is risky and inauthentic and rarely works on the longer term.

4. Have you make sure that your employees have good working conditions?

Doing business in a socially responsible way starts with your employees. They must be treated fairly and equally, they must have a safe and healthy work environment, and you must commit to ensuring diversity and inclusion. If you start social programmes without having this basis in place, you run a serious risk of coming under fire for behaving irresponsibly and for social washing.

What happens if you invest large sums in social programmes? Will it limit your ability to train your employees or invest in the technology they need?

Consider whether it may hinder or work against your efforts to be socially responsible.

6. Do you use social programmes to create a falsely positive image of the company among employees, consumers and advocacy groups?

This is a real risk that occurs regularly. If you decide to go in that direction, it can do irreparable damage to your reputation. Just think of the launch of Coca-Cola Life as a healthy alternative – even though it still contained raw amounts of sugar. This ended in a reputational crisis, which today is cited as an example of a CSR failure.

7. Do you support social change because you believe it will reduce negative consequences for you in the future?

If you do, you are on the wrong course. Good behavior in the past does not cancel out bad behavior in the future. Companies that wholeheartedly prioritize creating social change must commit and act, regardless of what may happen in the future. If you don’t do that, you will be stuck in the CSR Lite category and will be judged as lightweights by the outside world.

8. Is there a risk that your support for a particular cause will be considered offensive or inappropriate?

Do you want to be seen as frontrunners in the social change the world needs? Then you can be sure of meeting opposition and disagreement. Take it stoically, but soberly consider whether the causes you support are connected to your company’s social DNA.

9. Do you collaborate with charitable organizations that may be accused of inefficient or unethical behavior?

Charitable organizations can easily be more well-intentioned than well-functioning. We have seen numerous examples of unions with poor working conditions and NGOs with poor management. Investigate whether the values and practices of the organizations you team up with are aligned.

10. Are you helping to solve a social problem or creating a programme that advances a short-term business goal or mitigates a current risk?

Expect to be scrutinized when you implement social programmes. The young generations are very aware of how you act in relation to the subjects that matter to them. And they aren’t likely to tolerate companies that are acting in own interests under the guise of supporting a worthy cause. If you do not commit to helping solve social problems in an authentic and transparent way, you may damage your reputation to such an extent that both employees and consumers will turn their backs on you.