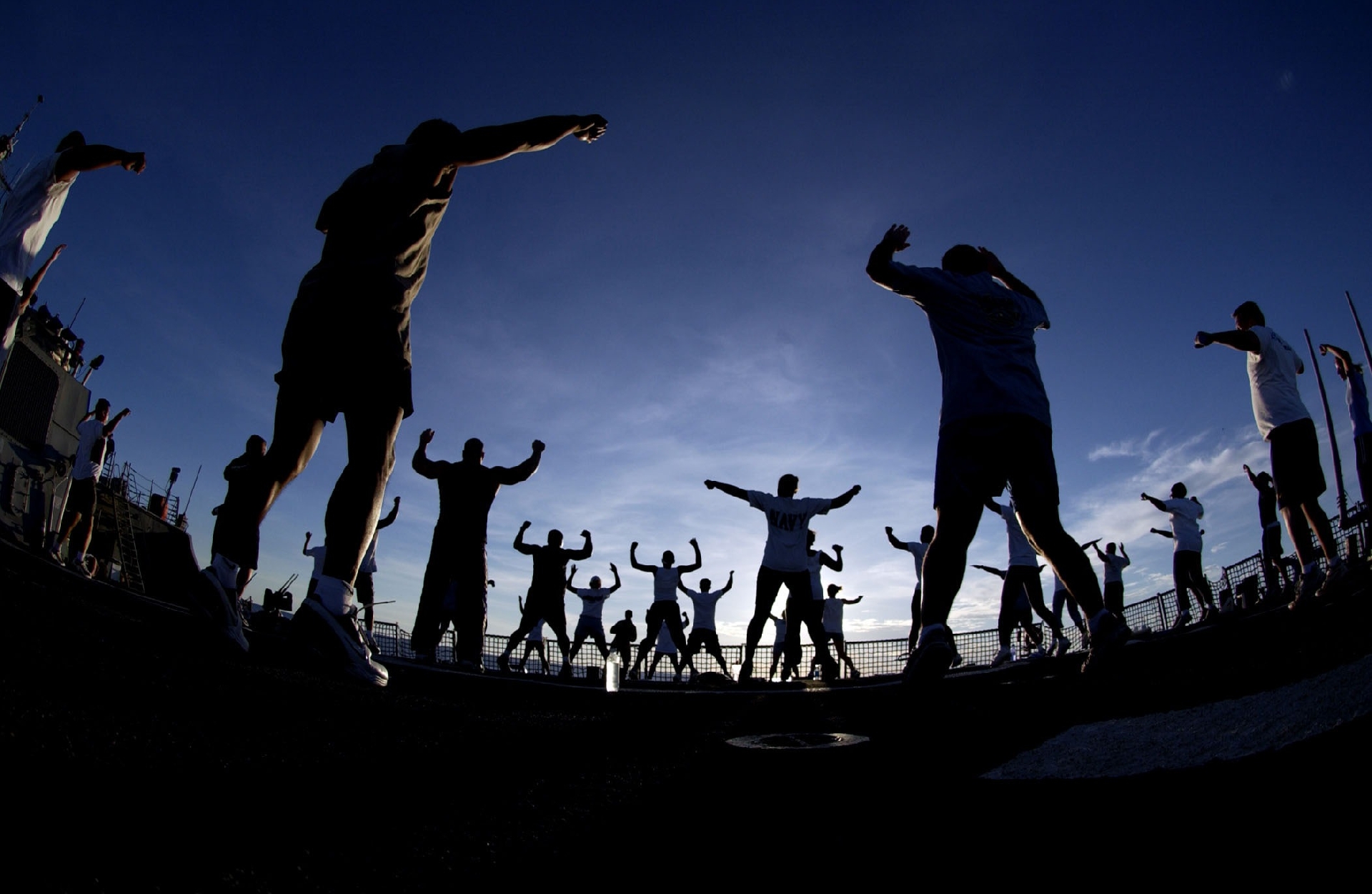 Of course, you guessed it: the headline is clickbait.

But how else should I get you to read an article about something as boring as performance measurement?

The brutal reality is that there is no smart way to get people to embrace performance measurement.

Or as Professor Pietro Micheli from Warwick Business School in Coventry puts it:

“It’s not like people can be turned into measurement lovers.”

However, this does not mean that one should not try. And if you do it properly, you can get a long way.

“If people can see that there is a good reason to measure, they will buy into it,” says the professor.

And that’s what this article is about. Because it is important to measure.

“We have a lot of research which shows that if organizations are good at using good methods and tools to collect and analyze data, then they get better. We know that,” says Pietro Micheli.

For 20 years he has been involved in performance measurement in the public sector, business and civil society. In 2014, he published the book “Measurement Madness” – an absurd collection of examples of measurements from Hell.

For most people, there is no good reason for measurement to exist – except when they want to measure others.

And recently, together with two other researchers, he has published a study of how measurements can create meaning for employees in social organizations.

But before we get constructive, let’s just spend some time on why people hate measurements. Now hate is a very strong word, points out Pietro Micheli. People are more like a little apathetic. At best, they can muster an enthusiasm similar to the tenderness one feels for one’s umbrella on a day with drizzle.

“Most people, perhaps with the exception of accountants and engineers, consider measurements to be a waste of time. They would rather do something other than collect data and look in spreadsheets,” says Pietro Micheli.

And then there are those cases where apathy turns into actual antipathy.

And the resistance is rarely completely unfounded.

“People tend to think that there is an intention behind the measurement, and that is rarely a good intention. “We are measured because we are not trusted.” And when people feel that way, it is typically because that is what they have experienced in the organization or with previous employers,” he says.

Pietro Micheli understands the resistance well. In fact, he himself has helped to nourish it.

Back in 2009, he was one of five directors in an government agency that was responsible for implementing a major reform of the public sector in Italy.

“It was a disaster,” says Pietro Micheli:

“We had no chance of success. And in fact we did not succeed.”

Everything was wrong from the beginning. The law was presented as a boost of the public sector, but it did not contain improvements. There was no quality boost. There was no form of co-creation, says Pietro Micheli.

On the contrary, there was a hidden intention to control the civil servants.

“There was a thinking that the typical civil servant is a lazy bureaucrat whom we need to have systems to control. And of course, no public organizations bought into that reform,” says Pietro Micheli.

They implemented the check systems required, but no more than that.

“They introduced mechanisms that did not make any difference to the citizens. They could only be seen in reports. And that is a big risk if the systems are only considered as requirements that must be complied with,” says Pietro Micheli.

And he sees that in many places.

“NGOs and large institutions are putting in place systems that will enable them to publish a report by the end of the year. But it’s just about presenting the organization in a certain way. And what they do internally can be completely different,” says Pietro Micheli.

And now we come to the constructive part.

Because it is actually possible to get the employees on board. This is Pietro Micheli’s experience, and it’s backed up up by a new study which shows that measurements can even make employees in social organizations experience a greater degree of meaning in their work.

But that requires, of course, that the measurements themselves be meaningful.

“When you start to see more evidence that what you are doing works, it makes sense to you. The organization can get more tasks, expand its operation, hire more and better people – and retain them. It becomes an upward spiral where you experience that the systems are not introduced to control you, but that they actually do good,” says Pietro Micheli.

Think through the tools carefully

The more pragmatic the measurements are, and the better they can be integrated into everyday life, the greater the likelihood that employees will adopt them. Pietro Micheli explains about a social organization that works with young homeless people in the UK.

The organization reasoned that it would get nothing out of sending a classic survey to young people with drug abuse, diagnoses and other challenges. Instead, the organization chose to use the tool The Outcome Star, which combines measurement with the conversations the organization should still have with its users.

“In this way, the measurement became much more meaningful for both the social worker and the beneficiary. It is an example that the tools must be properly thought out,” says Pietro Micheli.

Explain the rationale behind the measurements

And then there is the communication. It is insanely important, the professor points out.

“You have to explain the rationale behind the measurements so that everyone understands it. The systems are not free: you have to spend time, introduce IT systems, have people analyzing data and performing analyzes. It’s not a huge investment, but it’s an investment. And it’s time and money you could spend on something else,” says Pietro Micheli.

In the public sector, there are lots of organizations that say they want to be more innovative. But they only measure expenses. And then they are not innovative. For innovation costs.

In communication, you must focus on explaining how the measurements can improve your social impact, your environmental impact, your earnings. Whatever it is that is the purpose. And then you have to stress that your past experiences will be used in the future.

“The rationale must be that you must learn from what you have done so far, so that you can become even better in the future. If you communicate this, people will be more interested,” says Pietro Micheli.

You have to be consistent

He has worked a lot with hospitals, he says. And here you have to be careful what you say:

“If you tell a doctor that you want to measure how long it takes on average before a patient is discharged, you can be sure that the doctor will hate you. Although the resources in a hospital are limited, doctors cannot tolerate talking about time and money,” says Pietro Micheli.

If, on the other hand, you talk about quality, you get a completely different reaction.

“As soon as you talk about what the patients get out of the treatment, they will listen. Doctors, nurses, all of them. Because they go into it. If you create a narrative that we want to improve the treatment, the implementation of your measurement system will be easier,” says Pietro Micheli.

But you have to mean it, he emphasizes. If your talk about quality is really about a desire to save money, you’re dead.

“If you have said that it is about the quality of the care you provide, and the only thing you talk about in the meetings is money, then it will not work. You have to be consistent,” he says, adding:

“In the public sector, there are lots of organizations that say they want to be more innovative. But they only measure expenses. And then they are not innovative. For innovation costs.”

Involve as much as you can

Involvement is another element that increases your chances of success.

There is a difference in how much you can involve the employees in the process. In some cases, they can help design the measurement tools and qualify the decisions about how you use them. In other cases, measurement requirements and standardized methods are imposed from outside – for example from authorities or funders – and then it is more difficult.

But do it as much as you can, advises Pietro Micheli.

And make sure you mean it when you say you want employee input. Otherwise, you are seen through even before you can say pseudo-involvement.

And then there is one mistake you must never make.

Never signal that this is the top manager’s latest cray idea or the newest idiotic move by the ministry. Because you get what you ask for.

“If you want something meaningful out of it, you have to communicate that there is meaning in it. Otherwise, people will do the job badly and give you useless data,” says Pietro Micheli.

He has often found that frontline staff in large organizations are told by a middle manager that they have to report on something because the top manager has asked for it.

“If you hear yourself say that sentence, go home. It’s game over,” says Pietro Micheli.